What is absolutely certain is that global wealth will be totally decimated in the next 4-8 years. It doesn’t matter if you are very rich or “just own a house” with some equity left. Most of it will come down in value by 75-95% in the next few years as the debt and asset bubbles implode. 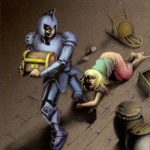 But what very few people realise or plan for, is the confiscation of wealth that will take place in coming years. There will be confiscation on many levels.

With times deteriorating, governments will be thrown out as ordinary people become dissatisfied with their rapidly declining ability to survive. Many people will lose their jobs and governments’ ability to help the poor and hungry will decline rapidly due to falling tax revenues. During that process, opposition parties will promise the earth. Thus we will see a society in upheaval due to political turbulence, social unrest, dire economic circumstances as well as anarchy.

TAXES WILL BE PUNITIVE

Many countries in the West have turned socialist in latter years, and this trend will continue as the climate deteriorates. With the ruling party desperately fighting for its own survival, their task becomes increasingly impossible as there is no money left in the coffer and printed money no longer has any value.

Opposition parties will promise solutions to all the problems and will have no difficulty becoming elected. But as they get into power they will also fail desperately. In most Western countries there will be left wing parties ruling but we might also see far right leaders emerging due to the anarchic situation.

As tax revenues decline rapidly, governments will desperately look for new ways of increasing the state’s income. Normal people will at this stage be very poor so it will serve no purpose to tax them. The obvious target will of course be the wealthy but also the middle classes. At that stage, the wealthy might already have lost half of their fortune or more, but socialist governments looking for revenue will ensure that most of their remaining wealth also disappears.

Wealth taxes will be confiscatory and reach levels of 75% at least and possibly up to 90%. This will not only be popular with ordinary people who at that point are poor and suffering. It will also be what the desperate masses will demand, whether it is done peacefully or with violence. 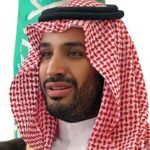 What is happening in Saudi Arabia presently with the Saudi Crown Prince Mohammed bin Salman confiscating the wealth of other Saudi Princes and Saudi businessmen might set an example.

Governments in the US, UK or Germany, for example, could just decide to freeze the assets of the wealthy and issue arrest warrants demanding transfer of say 85% of their wealth. Refusal would not be an option since it would lead to a long prison sentence plus confiscation of 100% of the wealth.

Now is the time to plan for the risks of confiscation and punitive taxation. Soon it will be too late. 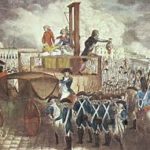 All this sounds totally draconian and unrealistic in today’s “civilised” society. But anyone who doubts that these measures could happen only needs to study history. There are endless examples of confiscation of wealth. Often it is linked to periods of excess and decadence with major gaps between the rich and the poor, just as today. During the French Revolution in 1789 , the aristocracy not only lost much of their wealth, they also lost their lives. Same in the Russian Revolution in 1918 when both wealth and lives of the aristocracy were extinguished.

We could easily then reach a state of anarchy due to the suffering of the masses. At that point they would turn against banks, governments and the wealthy leading to major violence as history repeats itself. Anything representing wealth will be despised by the masses, whether it is houses, cars, jewellery or clothes or other luxury assets. The flaunting of wealth that we see all over the world today could be very dangerous or even fatal at that time.

The majority of people, would call all this scaremongering and sensationalism. The problem is that because we live today, we think it is different now. Many believe it is totally acceptable to see bespoke Rolls Royces, or Ferraris in New York, London or Hong Kong costing $250,000 or more. Today very few protest against the enormous top prices paid for a house in the above cities costing $100 million or more. And to buy a painting for over $100 million happens regularly.

1/2 BILLION DOLLARS FOR A PAINTING 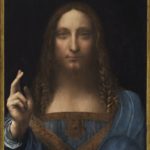 But if you want a Leonardo da Vinci, you must pay the neat sum of $450 million as an anonymous buyer did this week at the Christie’s auction in New York. A price level which very few can fathom.

Will almost $1/2 trillion be the record for a painting for decades or longer. Yes, in today’s money, that could certainly be the case. 11 tonnes of gold for a painting will probably not be beaten for the next 100 years or more. In the next 4-8 years, that painting can probably be bought for much less than 1 tonne of gold, more probably for 110 kilos or less (110 kg gold is today worth $4.5 million).

LAW AND ORDER WILL BREAK DOWN

For ordinary people, most of whom are not aware of these excesses, $1/2 billion for a painting is the ultimate decadence. This dangerous trend will not go unpunished in the future. And nobody must believe that law and order including police or military will function when society breaks down. Sadly, there will be no protection for the target groups.

Weapons will hardly help against the crowd. Best is to live in a place where you are surrounded by like minded or in a country which is less exposed. All this is not an option for many people but worth thinking about when there is still time.

Let me stress that I sincerely hope that none of what I have outlined will happen. But looking at risk and probabilities, we are now at a point in history when these events are likely to take place whether it is in the next few years or at some later point. Excesses of the magnitude we are seeing today as well as the gap between rich and poor will not continue without returning to the mean at least.

SWISS BANK REFUSES TO GIVE CLIENT HIS GOLD

Coming back to confiscation, it looks like banks are already playing that game. In a recent article, I discussed how Swiss banks don’t have the physical gold that their clients have bought. I also mentioned how banks are refusing to release the gold that the client holds in the bank. 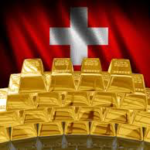 This week I was contacted by a person who went to his bank in Zurich, one of the two largest in Switzerland, to get his physical gold out. He had seen my article on the subject. The bank, one of the biggest Asset Management banks in the world, told him that he couldn’t have his own gold because of new rules within the bank.

This is yet another confirmation that banks are not going to give the clients their assets back without a major legal fight. But that is just the first stage, in my view. Soon banks will be under such pressure that they will hold on to clients’ assets. Few people believe that this is possible, but it is guaranteed that, in the not too distant future, insolvent banks will not be in a position to hand anything back to clients. Again I urge people to get assets out of the banks, in Switzerland or any other country. The financial system is already bankrupt, whatever central bank chiefs say.

Holding physical gold outside the banking system and in the right jurisdiction is the best insurance against these risks. But as I said above, tax planning is just as important as holding the right investment. 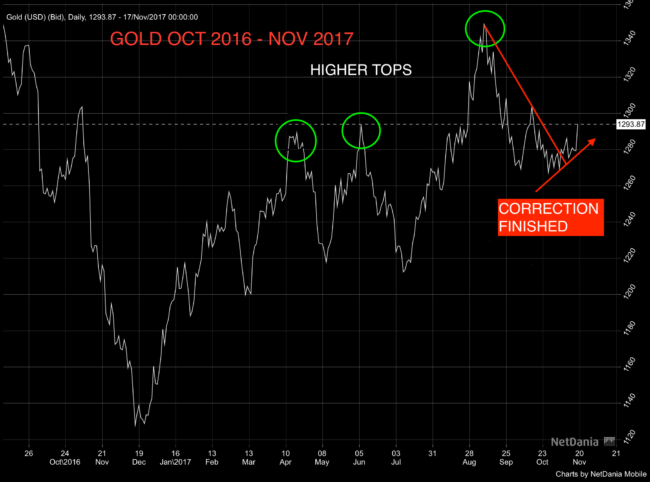 Not that the short term moves in the gold price are important since we we will see multiples of today’s price. But in spite of the normal shenanigans of the BIS and the bullion banks, dumping billions of paper gold after hours, gold is holding very well.

It looks like the latest small correction is finished and the uptrend has resumed. Possibly we need to wait for the Fed decision in December before a major move up of gold. Whatever the Fed does will only have a very short term effect.

5,000 YEARS’ HISTORY IS MUCH MORE POWERFUL THAN EPHEMERAL CENTRAL BANKERS AND MANIPULATORS.