It is not only paper gold which is Fake. Few investors realise that most of their investments are Fake.

Fake news and Fake assets are everywhere. Let’s start with social media which dominates major parts of the world. Facebook for example has 2 billion active users. WhatsApp has 1.2 billion users and Instagram 700 million. There will obviously be quite a lot of overlap between the various social media. But what it is clear that these three Apps reach billions of people and their power is much bigger than that of any other media; Social Media has more impact than newspapers or than television and is the only media that 2-3 billion people follow regularly. Most people and in particular young people don’t watch television and don’t read the papers. They get all their “news” from social media. 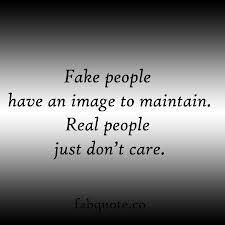 Social media is instant gratification. You post something or you send a message and you get a message back or a number of likes which generates dopamine and makes you momentarily happy. But as I have experienced from our many grandchildren, social media is a perfect source of Fake news. Many young people using social media will be receivers of Fake News or bullying. Social media is perfect for spreading false rumours which are very often difficult to get rid of. Trump’s Twitter account is another example of alleged Fake News. Trump accuses the papers and television of Fake News and they accuse him of the same.

This is the world we live in today – a world with Fake markets, Fake assets, Fake values, Fake money, Fake people and Fake news.

There was recently an interesting example of Fake identity in Sweden. The head of Sweden’s biggest security company, Securitas, had his identity stolen in March. A loan of an undisclosed amount was then taken out by the person who stole the identity. The loan was not repaid and the Fake head of Securitas was declared bankrupt on July 10th. The real head of the company was not aware and has been fighting to reinstate his honour and position. 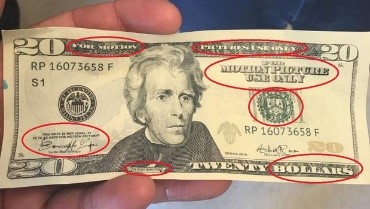 It is the same with money. Money is today totally Fake. Money used to be silver or gold. To make trading easier, it was later replaced by paper money, on a one for one basis. So initially paper money still represented real value for goods and services. But bankers and governments soon realised that by reducing the amount of precious metal in a coin they could enrich themselves. They didn’t care of course that this was fraud and debased the value of “real” money. Later the same was done with paper money. When paper money was first introduced, it represented the amount of silver or gold held by the bank. Soon governments and bankers realised that by leveraging the silver and gold they could make a lot more money at the expense of savers and depositors. And so the Ponzi scheme started with Fake Money and Fake Assets.

Today we have a situation when virtually all assets and all liabilities are just electronic entries leveraging the underlying “real” values 10s, 100s or 1,000s of times.

Money is leveraged many times, stocks are also leveraged by the issuance of various derivative instruments like ETFs or futures which supposedly reflect the underlying instrument but which in effect is just an electronic entry with nothing behind. Since the global debt position, including unfunded liabilities and derivatives, amount to over $2 quadrillion, so should global assets. But global assets are not even a fraction of that. Supposedly, global assets are $250 trillion, but these are all bubble valuations that will implode as the debts and liabilities implode.

Spending some time in Sweden currently, I am also experiencing the cashless society. In many places cash is not accepted. Everyone wants credit card or electronic payment. Banks charge a high fee for anyone depositing cash.

Money can disappear at the switch of a button

Nobody realises that their money is just an electronic entry that can be turned off in a second by the government. This means that their money will be totally gone and will never reappear again. This is what governments and central banks are introducing into most Western countries. People believe that their money is safe in the bank and don’t realise that electronic money is not introduced for convenience but to stop people taking money out when the heavily leveraged and insolvent banks run out of cash. What everyone with a bank account must understand is that one day there is little or no money left in the bank. ATMs will then be closed and no money will be available. This is an elegant solution to the insolvency of the financial system. No paper money will be available nor any electronic money. Thus, there is no money to be had.

At that point, the government will no longer print money for private individuals, since it can’t be used. Instead they will print coupons to be used in shops and for other expenses. This is already happening in countries like Zimbabwe today. Alternatively, they will allow people to spend a very limited amount of their bank balance every month like we have seen in Argentina for example.

There will of course still be massive money printing to save the financial system as all assets implode. But very little of that money will reach ordinary people.

Most people will consider this scenario to be totally unrealistic and worse than doomsday. Hopefully it will never happen. But the point I am making is that by handing over assets to the banks and ultimately to the government, which controls the banks, most people will totally have surrendered control of their assets.

It is of course not only cash which would suffer this destiny but all assets which are held within the financial system whether it is stocks, bonds, or any other security held in electronic form.

We have now reached a stage when the world is no longer at crossroads, it has reached a dead end. But this is not a dead end with a chance of going back. It is a dead end with the only way out being a precipice. And this is where the world could easily be heading next.

The build-up has been the perfect recipe for disaster:

So what is the best recipe for protecting against the biggest risk in world economic history? 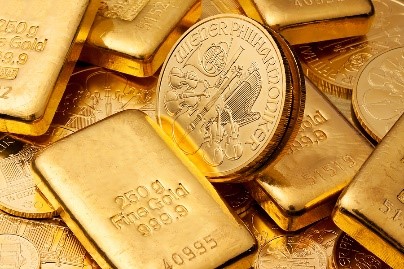 Hard assets held directly by the investor reduces the risk. This can be anything from property, farmland, forest or mineral assets. For most people, it is impractical to hold these types of assets. Instead, the perfect asset to protect against the risks in the financial system is of course physical gold or silver stored safely outside the system and preferably outside your country of residence.

This is the time not to trust Fake news or Fake assets. Only real assets will protect you.