On behalf of Matterhorn Asset Management, independent German financial journalist Lars Schall talked with U.S. financial investment advisor Catherine Austin Fitts about, inter alia: the equity markets in Europe, the U.S. and China; the risk connected to an interest rate hike by the U.S. Federal Reserve; the frictions within the current global order and economy; and the “phenomenal successful“ presidency of Barack Obama.

SECRET SPACE PROGRAM
The real authorities in the field of advanced technology, the breakaway civilization, deep security state and the black budget convened for a game-changing weekend Oct31/Nov1,2015 that leaves you wondering who really controls our world.

Video comment: Catherine Austin Fitts is one of those unique individuals with a powerful mind and immense memory of historic detail about government office and financial market operations. When Catherine speaks, just listen. 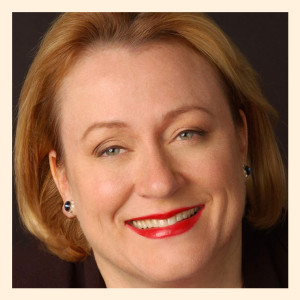 Catherine Austin Fitts is a graduate from the University of Pennsylvania (BA) and the Wharton School (MBA). At the Chinese University of Hong Kong she studied Mandarin. She served as a managing director and member of the board of the Wall Street investment bank Dillon, Read & Co, Inc. (now part of UBS). Later, she was Assistant Secretary of Housing and Federal Housing Commissioner at the U.S. Department of Housing and Urban Development (HUD) during the presidency of George Herbert Walker Bush. As such, she was responsible for the operations of the Federal Housing Administration (FHA), the largest mortgage insurance fund of the world.
After leaving the Bush Administration, Fitts founded The Hamilton Securities Group, Inc., an investment bank and financial software developer named after the first U.S. Secretary of Treasury, Alexander Hamilton. In 1996, she and her successful company became targets of a vicious, long-lasting “qui tam lawsuit,” that resulted in the closing of Hamilton Securities. (1) Fitts was ultimately successful in Court of Claims litigation asserting that the government had no right to withhold monies owed to Hamilton.
In the years afterwards, Fitts spoke publicly about the degree of fraud endemic in the federal mortgage operations, trillions of dollars missing from government agencies and the connections to drug trafficking and “black budgets.” (2) Moreover, with her mentioned expertise, she was one of the first to warn of an approaching housing bubble.
Tags: Austin Fitts - Catherine