How can a small clique of gold owners holding less than 0.5% of world financial assets be right? They are clearly a minuscule minority of obstinate goldbugs and contrarians who are living in the past. Or do these people see something that the majority of investors don’t?

More than 99.5% of world financial assets are invested in other things but gold. That makes gold one of the least desired asset classes on the planet. Most professional as well as private investors would never consider gold as part of their portfolio.

IT IS DIFFERENT TODAY

Yes, gold has always been money but it is different today. Gold doesn’t work as money. There is not enough of it and it is very impractical to hold and even worse to pay with. You can’t, in a convenient way, transfer it without going through the financial system.

Clearly, fiat money, with electronic transfers or crypto money must be the way forward. And the great advantage with such money is that you can create unlimited amounts of it with just a touch of a button. Who needs gold in this new modern world?

The above are all the typical arguments of the anti-gold mob. The Keynesian crowd with their cheer leader Krugman and the MMT (Modern Money Theory) followers are totally convinced that unlimited money printing and deficit spending is the only way forward. And since this has worked for the US for the last 60 years, it must clearly work forever. So why can’t the US continue to run chronic budget deficits, just as it has since 1960?

AOC – A SAVIOUR OF THE US ECONOMY 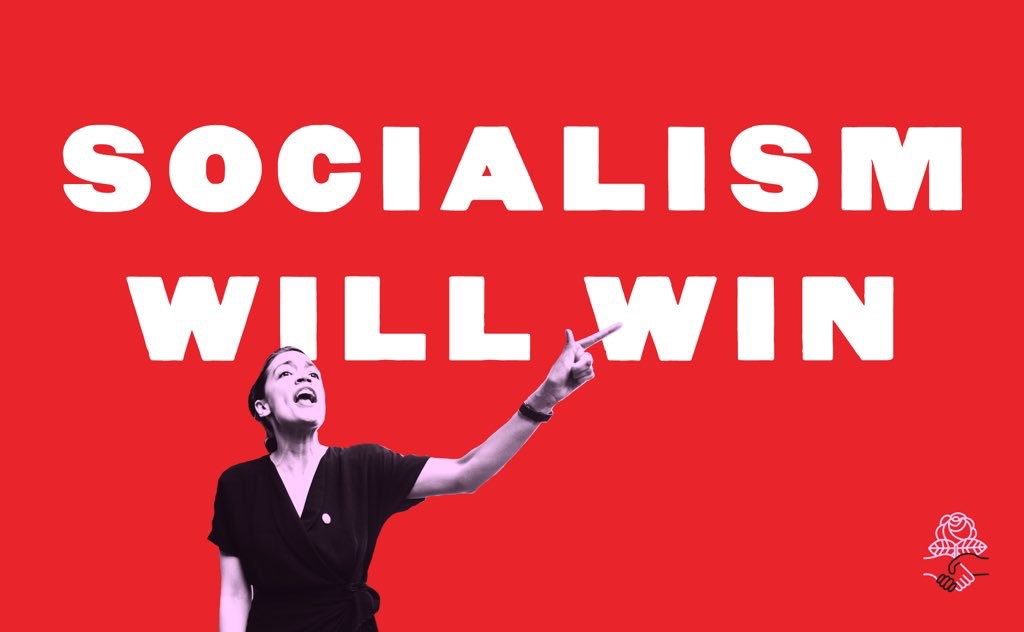 The latest high profile proponent of socialism and chronic deficit spending is of course AOC (no, not a fine wine) but Alexandria Ocasio-Cortez. As the US economy collapses in the early 2020s, she will be the perfect candidate for the 2024 US election. As hard times hit the US, she will promise the earth by having a solution for everyone and especially the poor. It will be unlimited social security, free medicare, guaranteed pensions, housing benefits and any other freebees that will win votes. At the same time, the rich will naturally be hit very hard with punitive taxes which will please the masses.

Also, AOC is the perfect saviour, a young, modern, non-white female president with a solution for everything. She will be just right in time for when the US elects its first socialist president and the perfect antidote to Trump. In his second term, if he is reelected, the ageing Trump will be blamed for all the problems that have emerged by that point such as economic misery, poverty, hunger, a breakdown of government services including social services. This will lead to social unrest and crime which will all be blamed on Trump. And AOC being the opposite to Trump in everything will totally convince the Americans that she has the answer to all the problems.

Like all socialists, AOC doesn’t understand that socialism works until you run out of other people’s money. The US debt, when she takes over, could be around $40 trillion, as it follows the historical pattern of doubling every 8 years. But that won’t worry her. She will spend $10s of trillions or more on nationalising or permanently subsidising a number of companies that are going under. She will also increase dramatically the spending on social security, medicare and pensions.

When AOC takes power she could already have a fellow socialist as well as a Marxist as UK leader. The latest time for the next UK election will be June 2022. With the mess that Theresa May has caused the Conservative party, it is not unlikely that Corbyn, the Labour leader, will become British Prime Minister before 2022.

If AOC will be bad for the US, Corbyn will be even worse for the UK. He will socialise many major utilities such as the railways, water and electricity. He will subsidise or nationalise all failing industries that employ a high number of workers. And obviously he will increase taxes dramatically for the wealthy and for big corporations.

When Corbyn became Labour leader in 2015, I was convinced that he would be the next Prime Minister. Not because of his qualities but due to the coming collapse of the UK and world economy. The mood in the world in the early 2020s will lead to socialists taking over in most countries. When people are desperate, they will see the socialist/communist promises as the only solution to their miseries. At that point, the media, which will be almost exclusively left-wing, will support the socialist cause and the propaganda machine will hail socialism as the solution to the world economy’s woes.

SOCIALISM IS THEFT AND DISINCENTIVISATION

The worst part of socialism is not that it steals from normal people and gives to the poor. Much worse is that socialism disincentivises all parts of society. The wealth creators and company builders lose their motivation because either their business is socialised or virtually all profits are taken by the state thorough taxation. In addition bureaucracy and control makes it impossible to operate a business efficiently. For normal workers, socialism takes away the incentive to work and contribute to society. Why work when the state takes care of you regardlessly. The consequence of socialism is also that most members of society become miserable and depressed. 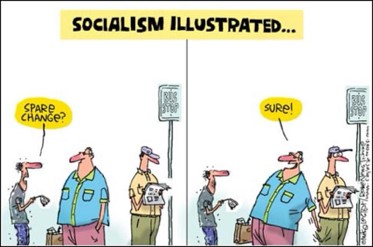 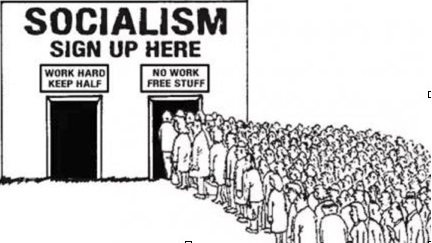 DEBT CAUSED THE PROBLEM AND MORE DEBT WILL LEAD TO DISASTER

Keynesian and MMT theories of deficit spending, combined with direct government ownership, will be hailed as the solution to the US and UK economic problems and also for the rest of the world’s. Thus, deficits and debt will go up exponentially. No one will listen to the argument that it was debt that caused the problem in the first place and thus it will be impossible to solve a debt problem with more debt. Nor will people understand from history that socialism or communism has never worked in any country over time.

At that point, central banks will not be able to hold interest rates down. Most forecasters are today predicting that rates will be held low for many years. I disagree with that. The coming insolvency of governments and businesses, combined with money printing, will lead to a collapse of bond markets and a surge in interest rates. Central banks will lose their manipulative powers due to the sheer weight of debt, most of it bad debt. US rates at that point will be at least 10% but probably 20% or more. Imagine US debt of $40 trillion in 2025 at say 15%. That would be a $6 trillion interest bill which means that 100% of tax revenue will be used to pay interest. But with the economy under severe pressure, total tax revenue at that point will be down dramatically. So more money printing will be required, leading to higher deficits and higher debts with higher interest rates and more defaults.

At that stage, even the proponents of MMT and socialism will realise that you cannot create wealth by printing money. That will then lead to the final stage of this cycle which will be a deflationary implosion of debts and assets and a depression.

There is no other possible outcome of the mess the world is in today. That is absolutely guaranteed. What we don’t know is when it will happen and how long it will all take. Events of this magnitude often take longer than you expect. Those of us who saw the problems of 2007-9 coming would not have thought that the temporary rescue at that time would have lasted 10 years until today.

So rather than trying to time the coming secular economic downturn, it is more important to plan how to protect yourself. How do I protect my wealth? Gold and silver will be the only money to survive, just as it has for 5,000 years. Do I have enough and is it stored in a safe place and jurisdiction?

Will I be safe where I live, from crime, from social unrest or war? What are the alternatives? Will I have enough food and other necessities like medicines?

What is guaranteed is that future taxes for the wealthy will be punitive when the socialists take over. In the UK, many wealthy people are moving their money out of the country and also moving themselves. There is also a risk that the UK and other countries will copy the US system of world wide taxation of all citizens regardless of where they live. The first step to protect against this would be a second passport followed by renouncing the US, UK or other citizenship.

The above list is far from exhaustive. Also, these decisions are both drastic and personal. Therefore, everyone will decide based on their specific circumstances. Many wouldn’t want to leave the country where they were born or their family and friends.

With the world going through the most dramatic changes in the next 5-10 years, life will be very different and very difficult for most of us.

But remember Rudyard Kipling’s words in his wonderful poem “IF”:

Finally heed the advice that the ancient Persian ruler received from a Sufi Poet who was asked to come up with a quote that would be accurate at all times and in all situations:

“THIS TOO SHALL PASS”