DON’T STAND IN THE WAY OF THE GOLDWAGON

For the ones who have not jumped on the Goldwagon, it is not too late. 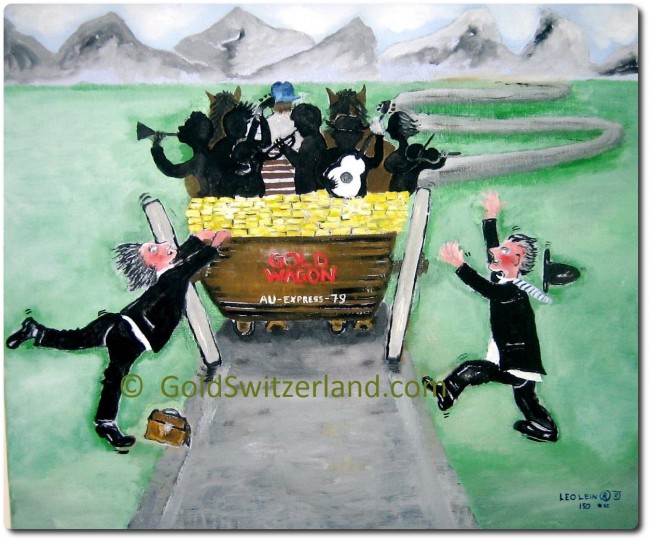 Since early July I have warned investors that we have seen the bottom of the 22 month correction and that gold and silver would rise dramatically from the end of August. Well we are here and this is the time to enjoy the ride if you are invested or to just jump on if you are not and then not worry. Because not only will this rapid rise continue in September but we will now resume the bear market in the currencies, especially the US dollar which will lead to new highs in gold and silver in the next 12-15 months. We could very well see $2,500 for gold and $70 for silver during that period.

Investors should not own gold for financial gains but primarily in order to preserve purchasing power and protect their wealth. But gold and silver must be held in physical form and stored outside the banking system.

Not only will we see a destruction of paper money in the next few years, but we will also see a destruction of wealth as well as a breakdown of the fabric of society as we know it today. The next 3-4 years is likely to be the beginning of events that will effect most of us.

Most readers of my writings should by now be well protected financially with their precious metals investment but there will be many other areas to worry about such as personal security, a safe place and country to live, food and water supply etc.

For the once of you who didn’t see my written piece on KWN last Friday, you will find it below.

I also had an audio interview with Eric King which was published on the 23rd which covered tapering of QE or not, interest going to above 15% and many other things. The interview is called “The Roadmap to $10,000 gold and $500 Silver”. Here is the link.

GOLD & SILVER OFF TO THE RACES

With only 1% of world financial assets invested in gold, very few so called investment experts have any understanding of the yellow metal.

So during the 22 month correction in the gold price, most of the 99% who don’t own gold have all been calling the end of the bull market. What most of these people don’t understand is that gold is not in a bull market. It is paper money going down rather than gold going up. For 5,000 years gold has been the only money that has maintained its purchasing power. Every single currency has been destroyed throughout history in a permanent bear market. Voltaire was so right when he in 1729 said that “Paper money eventually returns to its intrinsic value – ZERO”.

We have just started the acceleration phase of the upmove in gold (and silver)… more, follow this link to KWN