In an audio interview with Metallwoche, Egon von Greyerz talks about the options of either a deflationary implosion of the financial system or unlimited money printing leading to hyperinflation and the importance of gold for both scenarios.

Egon von Greyerz on Metallwoche: Keep your Gold outside the banking system! 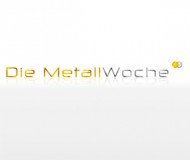 Whenever gold is in a longer term sideways pattern as it is now for nearly seven months, a lot of smaller investors lose their patience and doubt their investment. Therefore we enjoy offering to you today a very powerful talk with Egon von Greyerz, founder and managing partner of Matterhorn Asset Management and GoldSwitzerland. Egon strongly reminds us the real important things, investors shall always focus on…

Egon von Greyerz talks to us about unlimited money printing done by the central banks, why governments and political leaders are in an officially denial and what a deflationary implosion would really mean. Von Greyerz, born in Sweden and living in Zurich, Switzerland, has his view from in- and outside his own country. He therefore is a real professional source to discuss the current situation in Switzerland and if it is still save to store one’s physical gold in this country.