There are lies, damned lies and news

To paraphrase British Prime Minister Disraeli who said: “There are lies, damned lies and statistics. Today we are fed with lies ubiquitously in the form of news and most people who just follow conventional media are totally unaware of the truth. Because the truth is not spoken by many today:

Lies will lead to systemic collapse 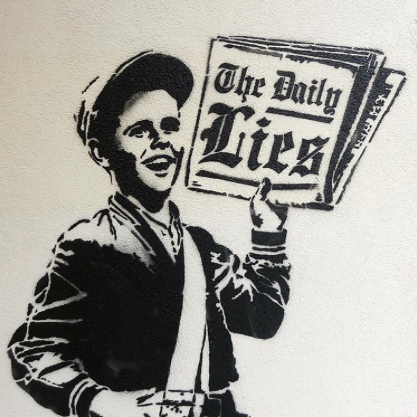 The above is but a few examples, the list is endless. The reasons for the lies and deception are quite complex. In simple terms, we are at the end of an era when all moral and ethical values are gone. This happens regularly to all empires. The cycle starts with initial affluence based on real growth combined with theft from “colonies” which can be both physical and financial. Sooner or later growth slows down and there are less goods or money to steal from the empire or the financial system. The costs of war, armaments or financial manipulation also escalate leading to more debts and money printing. Bureaucracy sets in, benefit costs increase and so do taxes. People become lazy and less productive and an ever-greater part of the population receive benefits or don’t work at all. This is what is happening to many countries in the West today. In the US for example, there are 100 million people capable of working not in the workforce and 45 million receiving food stamps. Eventually credit expansion or money printing has no effect. And why should it, since printed pieces of paper or lending of money that doesn’t exist will always have zero value. Accelerated money printing eventually leads to bankruptcy as Ludwig von Mises so accurately stated:

After 100 years of a failed experiment of credit expansion, leading to bubble assets and quadrillions of liabilities, the world is now on the verge of financial bankruptcy and “a final and total catastrophe of the currency system”. As I have discussed many times, all the necessary elements are in place for this to happen. It is only a question of how long governments and central banks can continue to mislead the people before we reach the end game. The effect of additional credit is now decreasing rapidly since more and more dollars are needed to produce a one dollar increase in GDP.

Start a war to divert attention from economic problems 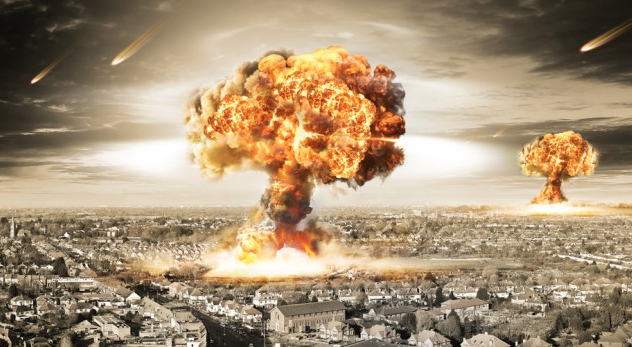 The final desperate measure to divert attention from the dire financial situation of a country is war. After less than 3 months in power, Trump has now had to resort to war. Most of his attempts to exercise presidential power have failed. All his statements that the US will no longer be an aggressor changed very quickly after an alleged gas attack by Syria. The US president took the decision to bomb Syria before any independent investigation had taken place. Russia is clearly not going to accept this and is now assisting Syria in strengthening their defences. Russia is also sending warships to the Mediterranean where there are already US warships. The UK Foreign Secretary just cancelled a trip to Russia and has agreed with the US Secretary of State to spearhead the drive to get Russia out of Syria. But fortunately some of the members of the G7, Germany and Italy refused to back the UK and US plans for Syria.

This is an extremely dangerous situation that could easily turn into a major conflict of catastrophic proportions. But it fits the picture perfectly since war cycles point to an escalation of wars in the next few years. War cycles, as a rule, coincide with the state of the economy. With the world economy now in a worse position than any time in history, the risk of war is greater than for a very long time.

Countries like Japan, China, many European nations, and the US have escalating deficits and debts that will never be paid off. In 2007-9 the world financial system almost went under due to debt. Since then world debt has gone up by at least 70%. None of the problems that caused the Great Financial Crisis have been resolved which means that the risk is now exponentially greater than 10 years ago. Most leaders know that they cannot resolve the desperate state of the economy and still remain in power. Therefore, for a super power like the US, there is now just the ultimate solution. The most convenient solution for a leader who is failing on the home front, is to find a reason and a scapegoat to divert the attention outside his country. Thus, going against everything he promised during the election campaign, Trump is now taking the first steps towards a major global conflict. This war is not against little Syria. Remember that Assad has killed significantly less innocent people than the US and allies have done in Afghanistan, Iraq and Libya. No, this war is against Russia and for control of the Middle East. Russia has been invited by Syria to defend the country whilst the US is an aggressor. So we are looking at a potential major conflict between the world’s two super powers.

The outcome of a possible conflict at this level is impossible to predict, especially since nuclear weapons could be involved. Very few countries would escape a major conflict, but it is possible that parts of South America and also New Zealand and Australia are better placed. For most people, it is neither practical nor possible to move somewhere else. Let us hope and pray that nothing will happen. But we have to be aware that the risk is greater than ever. 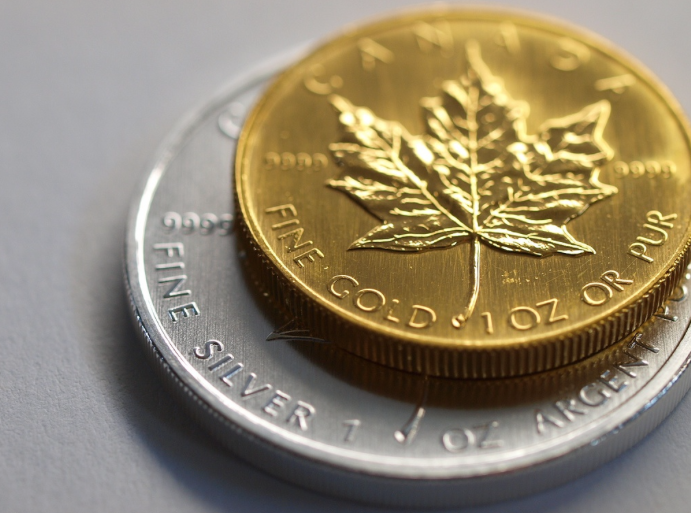 Gold and silver – the ultimate insurance against a rotten world

What everyone can do, at different levels, is to protect themselves against the coming financial crisis. This crisis is virtually guaranteed to happen within the next few years. We have for over 15 years helped investors to preserve wealth primarily in the form of owning physical gold and silver outside the banking system.

There are various ways to buy and own precious metals but to be totally safe there are many rules that are sacrosanct:

War or no war, gold and silver have finished the correction down since the 2011 peak and are now on their way to new highs well above the previous peaks. Gold should attain $10,000 and silver $500, at least, in today’s prices. But since hyperinflation is very likely, the actual prices could be multiples of those levels. Shorter term, the metals seem to be in a hurry and gold should reach $1,360 relatively quickly as I have indicated lately.

I have stressed many times that gold and silver should not be seen as investments but as the most important wealth preservation asset anyone can ever hold. Throughout history, during all periods of crisis, whether it is an economic crisis like hyperinflation or geopolitical like war, gold and silver have always been the best insurance. The coming period is unlikely to be an exception to that rule.