Real GOLD versus Pokémon GO? That’s a simple choice for most people because shortly after launch there are already more than 30 million users of the game Pokémon GO (PG). Gold has not for a long time attracted the same interest but that is likely to change in the next few months and years. Not that gold and PG in any way are competing in the same market place.

In today’s virtual world, a new ground-breaking virtual game will always attract more interest from the average individual than gold. Whilst gold is a barbarous relic as John Maynard Keynes called it, PG is what the world is all about today, fantasy and dreams. Also PG is so real that the players don’t know if it is fiction or factual. What makes PG different is that it is played in the real world, walking around using your mobile phone’s GPS and trying to find virtual monsters like Pikachu and Jigglypuff who are in a street near you. Players are chasing down the street running into real cars and fences.

Governments issue virtual and worthless bonds in a giant swindle

In many areas of society, the border between the “REAL” world and virtual reality is very fuzzy. In the investment world, virtual reality has to a great extent replaced investing in “real” things. We have a world full of virtual money, virtual investments, virtual gold and virtual wealth. Money used to be backed by gold but that is a totally outdated concept. Today governments and central bankers can fabricate any amount of money which is not backed by anything. Instead they print a piece of paper that they call money and simultaneously they issue a piece of paper that they call a government bond or treasury. In the UK these government bonds are called gilts, giving the impression they are backed by gold. But sadly the only gold is the gilded edge of these bonds. Government bonds are IOUs with a promise to pay. But practically all governments are lying to their people when the issue these bonds because they know that they will never be repaid with real money. Thus governments are swindling their people in the biggest Ponzi scheme in history which approaches $100 trillion worldwide.

But not only will governments never repay their debts, they have now reached a stage when they can’t even afford to pay the interest on these bond and therefore the yield on most governments securities is either zero or negative. It is totally incomprehensible that an investor can buy a bond with a zero yield or negative interest and which will never be repaid. To paraphrase Mark Twain:

“I am as concerned about the lack of return ON my money as the return OF my money.” 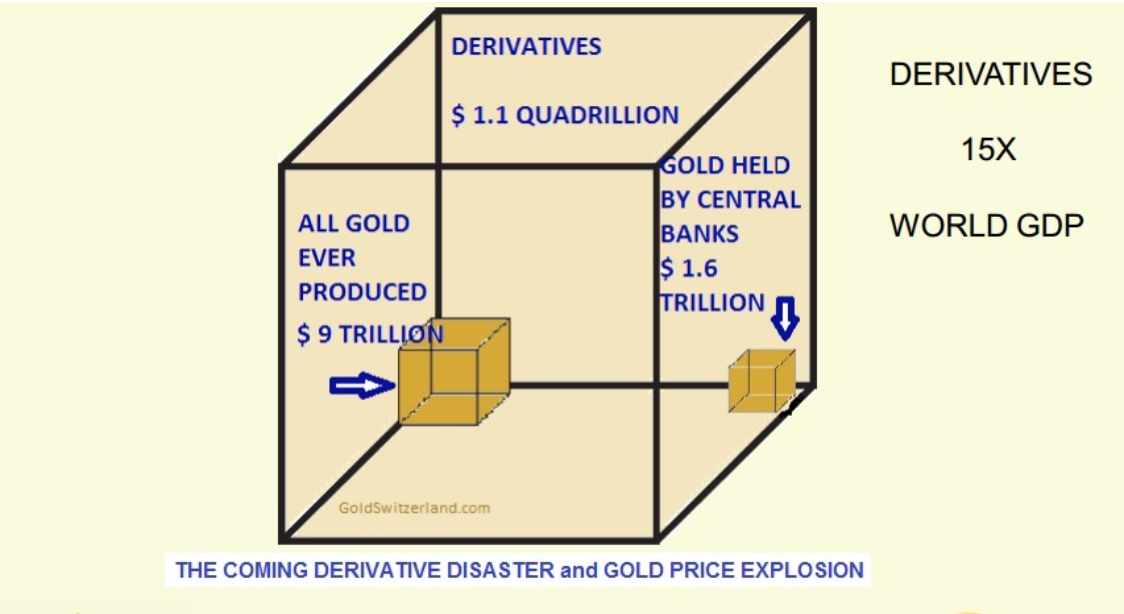 Realistic games like PG contribute to making the virtual world ever closer to the real world. This is why investors are happily buying ETFs, futures, or paper gold. The biggest percentage of investments today are virtual or derivatives. This means that there are no underlying real assets but just pieces of paper that are likely to mature worthless in coming years. In addition to most ETFs which are synthetic, there are $1.1-1.5 quadrillion derivatives outstanding. Most of these are only virtual which means that they have no real value and are likely to mature worthless.

But it is not only ETFs and derivative markets that are virtual. Both stock markets and bond markets have less and less to do with reality. Because governments worldwide are now issuing unlimited amounts of worthless debt in order to support asset markets including stocks and bonds. Whilst investors in many countries are pulling out of stock markets, governments are buying increasing amounts of stocks and bonds. Both the European Central Bank and the Bank of Japan are actively pushing these markets up. The BoJ is a top 10 shareholder in 90% of Japanese companies. But even worse, the BoJ is currently the only buyer of Japanese bonds and now owns 50% of all bonds outstanding. The ECB is also active in most asset markets and is for example buying corporate bonds to the extent of €400 million per day. With many major central banks actively supporting markets, many stock markets are going to new highs. This is why valuations are reaching dizzy heights. The Schiller P/E ratio for the S&P is now for example 27X. This is against an average of 16.7X which means there is currently a 62% overvaluation. 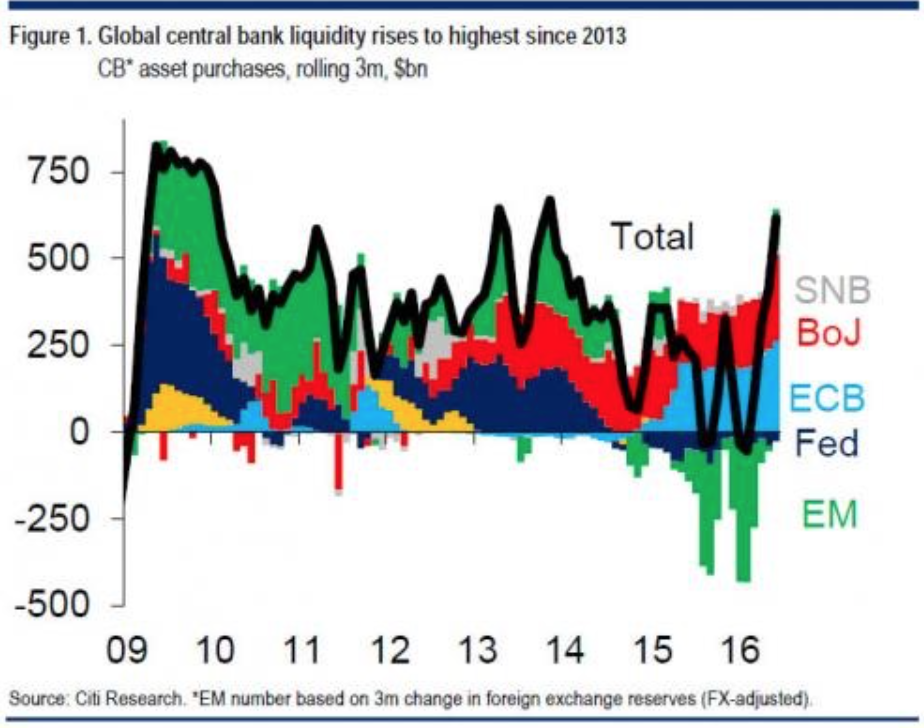 The artificial support of asset markets by central banks is now leading to biggest expansion of their balance sheets since 2013. Both the BoJ and ECB are now growing faster than any time in the last seven years. No central bank worries about the fact that they are buying worthless assets and therefore will never repay their borrowings.

The old Bernanke expression of Helicopter Money has now become a buzz word again. Due to the state of the world with record deficits, record debts and no chance of ever repaying these debts, even at zero or negative rates, central banks only have one solution, namely more printed money and more debt. This is where the helicopter comes in. All that is needed is to drop unlimited amounts of printed and worthless amounts of paper on the world in the belief that this will solve the problem that was created by debt in the first place. The problem is that the weight of all this paper will eventually lead to the helicopters crashing and the world financial system imploding. But before that, this virtual or funny money will create a hyperinflationary period which is likely to dwarf the Weimar Republic or Zimbabwe. That could easily lead to more overvaluation of stocks before the guaranteed collapse. It will also lead to collapsing bond markets with yields going to unimaginable levels.

In the coming debacle in world financial markets and in the global economy, gold is not an investment, instead gold is life insurance for investors and savers against a fragile and rotten world. Physical gold will not only act as protection in the coming hyperinflationary period against the destruction of paper money, gold will also protect investors against the ensuing deflationary implosion. Because at that point very few banks, if any, will survive and gold will be the only liquidity until the financial system is resurrected.