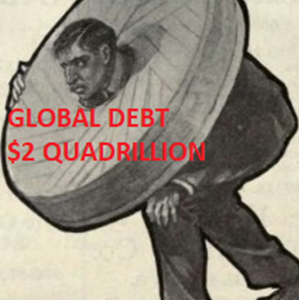 Over the last 150 years, the West has gone from human slavery to debt slavery. Slavery was officially outlawed in most countries between the mid 1800s and early 1900s. In the British Empire, it was abolished in 1834 and in the US in 1865 with the 13th amendment. But it didn’t take long for a diffe […]

It is not only paper gold which is Fake. Few investors realise that most of their investments are Fake. Fake news and Fake assets are everywhere. Let’s start with social media which dominates major parts of the world. Facebook for example has 2 billion active users. WhatsApp has 1.2 billion use […]