The Most Productive Man in History - Matterhorn - GoldSwitzerland1

The Most Productive Man in History

THE MOST PRODUCTIVE MAN IN HISTORY

As precious metals investors worldwide are concerned about the correction in gold and silver let me tell you that you must not be.

The incredible concoction of debt, derivatives (that will never be repaid with normal money) and accelerating fiscal deficits in most countries will guarantee money printing in unlimited quantities.

And Bernanke (and his successor) and fellow central bank heads will not disappoint. The only important criterion in the job description of a central bank chief is that he/she is willing and able to print whatever is necessary and in the next few years that will most likely involve printing 100s of trillions of Dollars, Euros and Yen.

YOU AIN’T SEEN NOTHING YET! 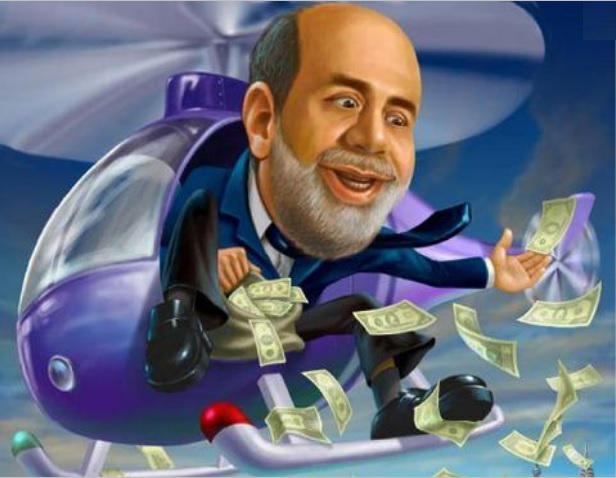 So it is guaranteed that Bernanke’s Federal Reserve and other central banks will continue their superb productivity. Bernanke has of course been the most productive man in history. In his 7 years as Chairman of the Fed he has printed more money than during the whole history of the USA. US Federal Debt has between 2006 and 2013 gone from $8.4 trillion to $16.8 trillion. Bearing in mind that it took 230 years for the US debt to reach $8.4 trillion in early 2006, this is quite a feat achieved by Bernanke. 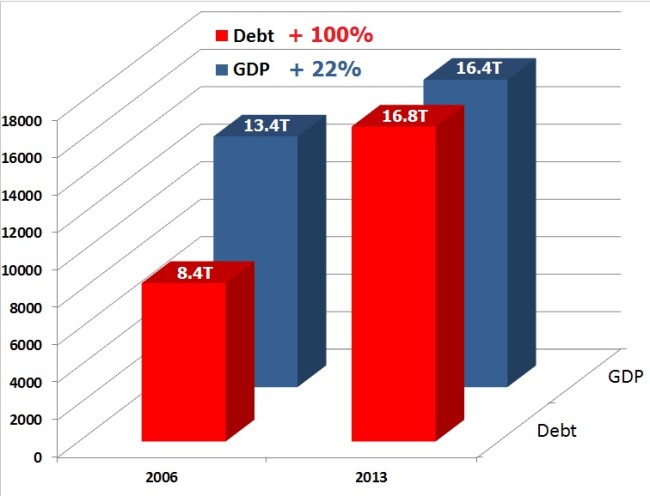 But this is of course just the beginning. Bernanke (and successor) will not only have to print for the US. They will have to print and give money to the IMF, to the ECB, to the BoE, the BoJ and to cover $1.1 quadrillion of derivatives which will be worthless. It is unlikely that the world’s central bank computers will have enough zeros to cope with this infinite money printing.

And what will be the best way of measuring the monetary effect of this money printing? That will of course be physical gold which has been money for 5,000 years whilst no fiat currency has ever survived. Thus as money printing and debt go exponential so will gold. But hold it in physical form and not in a bank.

Moderator comment: Click the link at the bottom to hear the May 20 KWN audio on this subject

DEBT AND GOLD WILL RISE EXPONENTIALLY 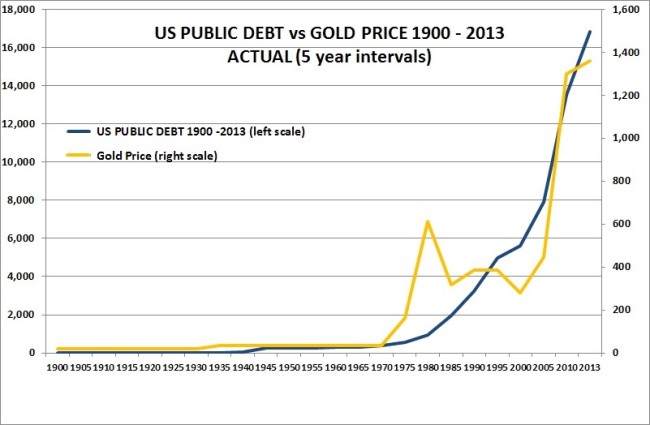 Click HERE to listen to the KWN Interview on this subject 20 May, 2013